Published by Badgertamz on 15th October 2017

So, it has been a while since we said hello here on the blog. Sorry about that. Between ill parents and a new job we have not been able to focus on Board Together. However we are happy to kick things back into gear with a family games day! Today we had the pleasure of long time friends Chris, Cass and Verity joining us for an afternoon of games. Mike and I decided on a lot of 7 player games to take to my parents house. Turns out the boys wanted to stay out in the sunshine and talk bikes all afternoon, so yet again we have still not played Codenames. Ah well, there is always next time right? 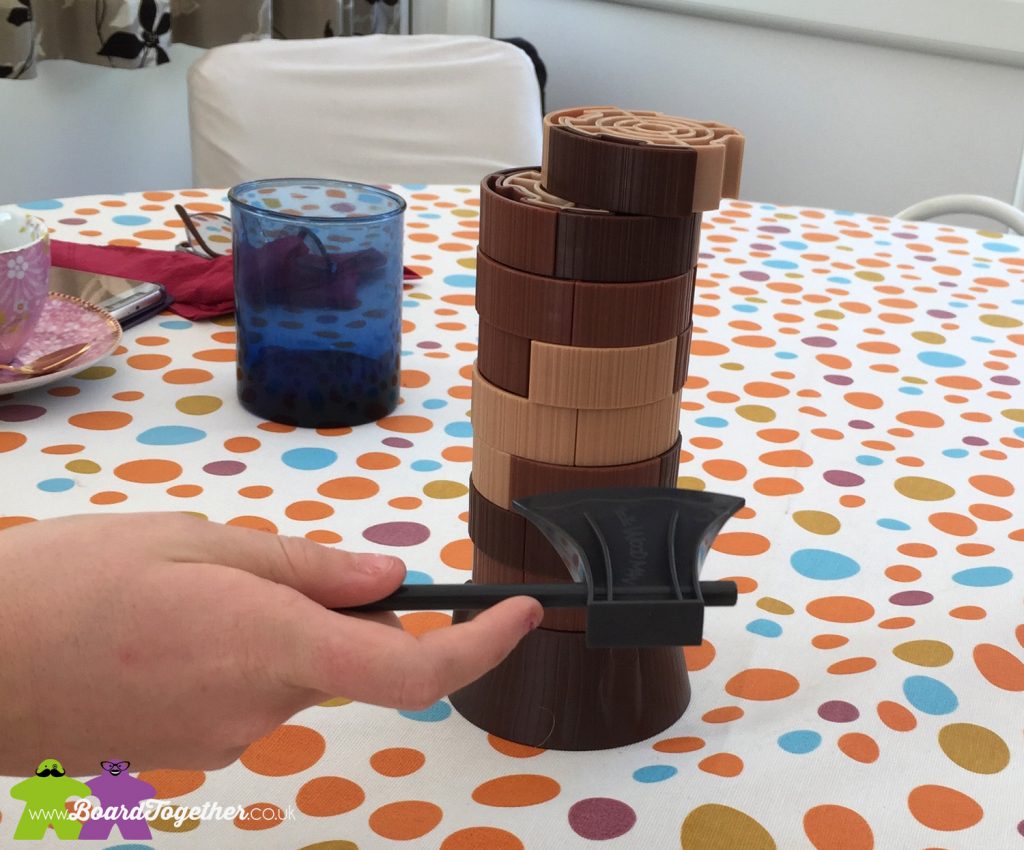 To kick things off, Verity and I had a few games of Click Clack Lumberjack. A simple enough dexterity game where you use an axe to tap pieces of bark off a tree. If you knock a trunk piece off you get minus points. Turns out Verity and I are very good at bashing the trunk pieces off with the second tap of the axe! Oops – lol. 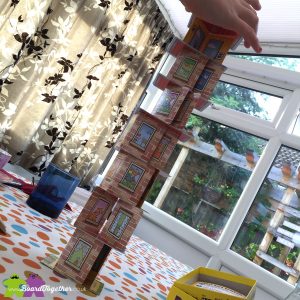 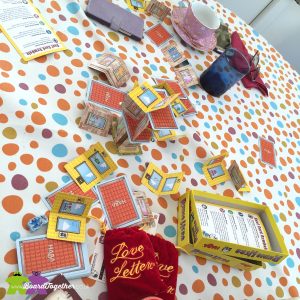 Next out was Rhino Hero. The classic card stacking game. We had a few giggles, especially when the rhino was finally named by Verity. So the Rhino token in our game is now called Jeff. We decided he does not wear his underwear on the outside of his outfit because they are all drying on the lines of the various neighbours in the deck of cards! So Tamz won by getting rid of all her cards first, this left us with the tower intact. Verity saved the day with a deft ninja chop to the tower 😂 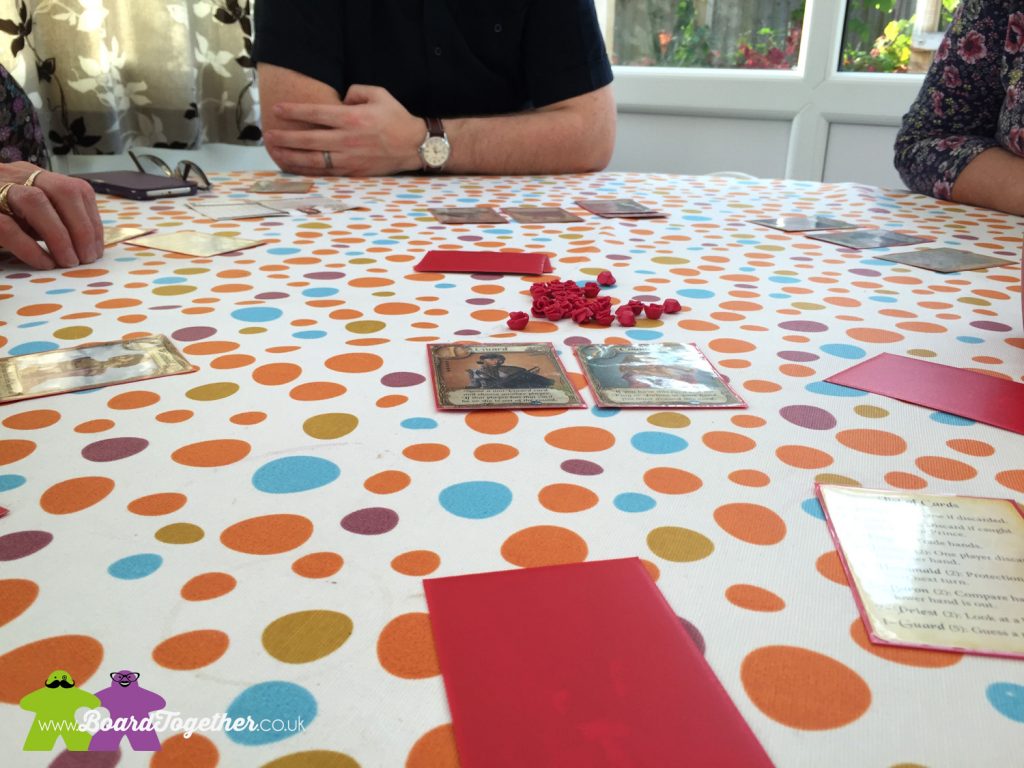 By now both mothers had finished in the kitchen, there was a lot of nattering to be done whilst washing up from a lovely lunch! Along with Mike they joined Verity and I in a game of Love Letter. This was the first time we played with extra players and two packs of cards. We picked up a random card at an old UK Games Expo, it explained how to mix two games of Love Letter to accommodate up to 8 people. It was interesting and intriguing. It felt like no one player was picked on, or ran away with loads of tokens. It was also refreshing to play with new people. We almost have a pattern of playing with people we know and it gets a bit repetitive, this felt new and exciting. Of course, Mike was the tart and got the most tokens of affection off the princess, like he does! 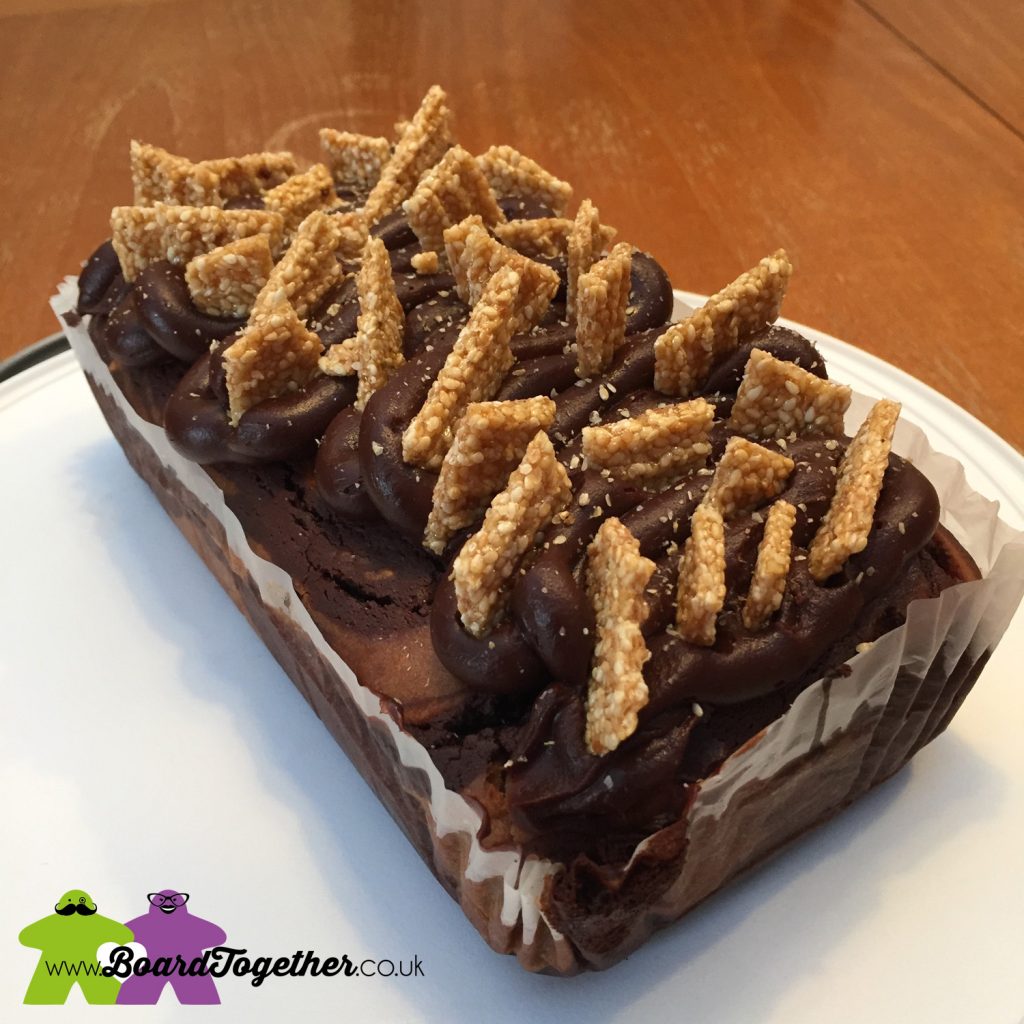 No games day is complete without a naughty snack. We had a lovely homemade crumble made by Verity for pudding, but we had to have homemade cake too! I am getting good at this cake baking malarkey, even if I do say so myself. Chocolate & Sesame Loaf cake. It was a bit rich, and we possibly had quite big slices so soon after lunch, but it was tasty. 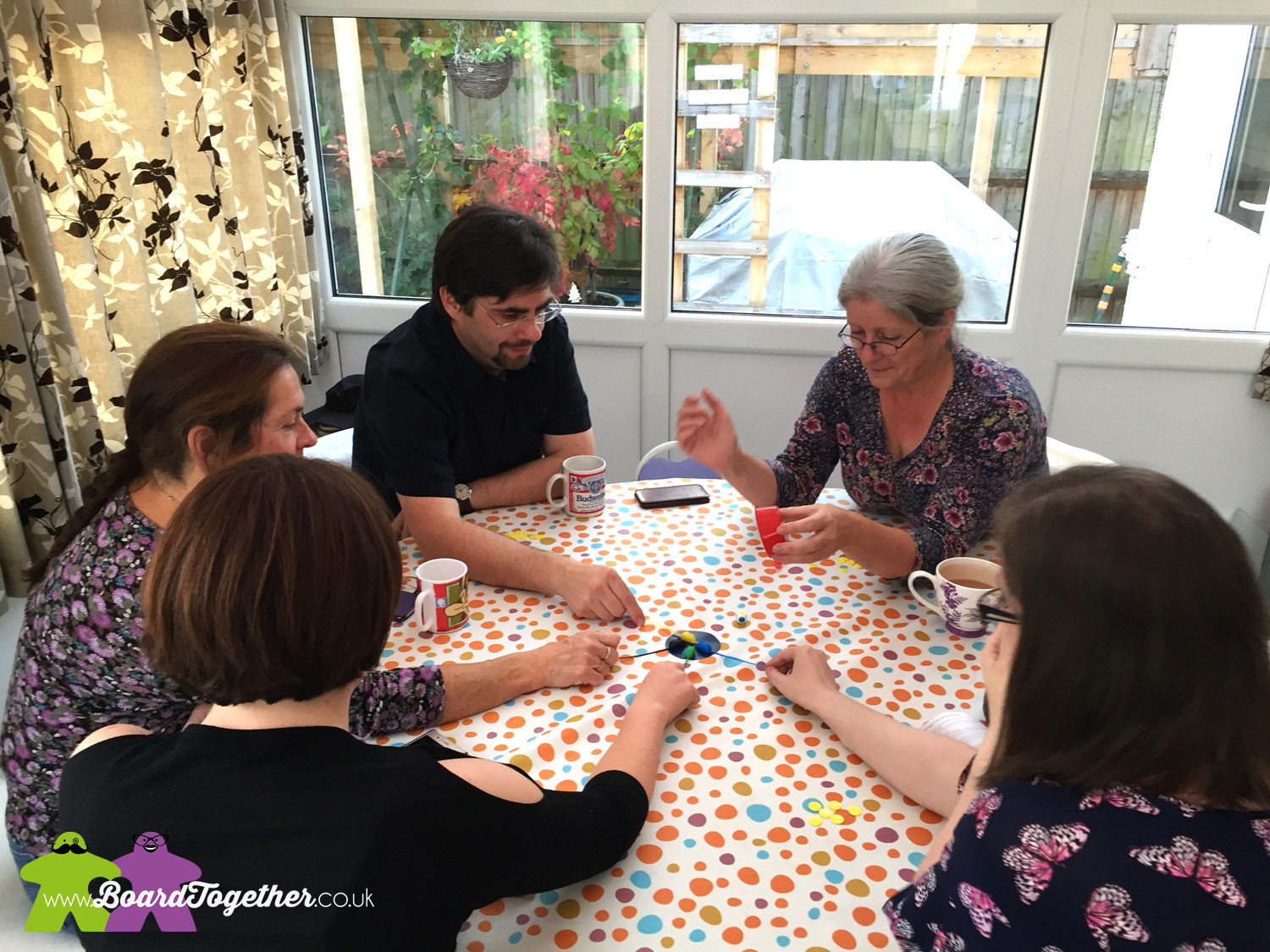 Now, we finished they day playing THE hit game. When we play games with other people we are always looking for that moment when people go from humoring us to really engaging and enjoying themselves. We know someone is hooked when they sneakily pull out their phone and start looking for a game to purchase on Amazon! It was Mousie Mousie that did it today.

It has all those ingredients to make it a hit game – easy to learn, a bit of luck, a lot of skill and a whole vicious side for family fun. There is something immensely satisfying in slamming that cup down on some mice. At the same time there is sooooooo much frustration when you grab your mice away too soon. The great thing is everyone takes a turn at slamming the cup down or grabbing mice away, so it keeps the game fair and balanced.

For 2-7 players, this is a great party game for a family occasion. Word of warning, it is tricky to find in the shops. We had to hunt around for this copy. It is a super old game, so you may be able to find one in your granny’s house, charity shops and bargain bins around Christmas time! I actually have memories of a few mice with no tails in a battered box at my Nanny’s house when I was little. It was my auntie and uncle that re-introduced me to this game and it is just as much fun now as when I was a kid.

We had a great day and it was fun playing games with a new family.